The most common reason for being bullied is weight 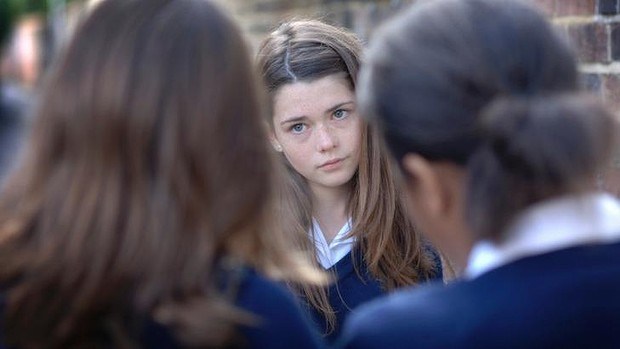 The most common reason for being bullied is weight. Photo: Getty

Bullying is rife in schools and it comes in many forms.

In Australia, teasing is the most common form of bullying behaviour.

However, as obesity rates rise, so too does the amount of bullying associated with weight – and not just in Australia.

In a new report, lead author Rebecca Puhl, deputy director of the Rudd Centre for Food Policy and Obesity at the University of Connecticut in Hartford found the most common reason a child is bullied is for their weight.

The study published in the journal Pediatric Obesity involved surveying the views of 2,866 adults in the United States, Canada, Iceland and Australia.

The results showed almost half of respondents said being “fat” was the most common reason children are bullied, ahead of race, disability and religion.

Further, about three-quarters of participants said schools should make more effort to protect children from being bullied because of their weight.

Clinical psychologist with the Raising Body-Confident Kids program Ariana Elias says schools should take more responsibility but “within the context of a primary prevention issues, not as a reaction.”

Instead of dealing with bullying after an issue has been identified Elias says, “We want to teach children how to look after themselves and their peers.

“We want to teach kids to be nice to each other and not discriminate against anyone for anything.”

But like anything, parents can do there part too, Elias shares the program’s four step plan for parents to address weight related bullying.

Kids who have a broad sense of self are more likely to feel confident in their own skin and feel better about themselves.

This involves “parents building their child’s identity… As a child grows up the parents job is to continue talking to them about their unique characteristics, praising those characteristics so they can grow up feeling like there is so much about them that the world values.”

“Research has shown having good friends at school protects children from being bullied,” says Elias.

“Parents should support and encourage children’s friendships by organising play dates and activities that help children develop close friends … and encourage children to do things they enjoy, sports, hobbies, hanging with other students that obviously don’t bully them because the more things they have going on in their life with other people, the less significant the bullying will be to the child.”

MANAGE THE BULLYING AT SCHOOL

“We teach parents to teach their children not to fight back because bullies want to get a reaction but also to help the child stay calm and remove themselves from the situations,” says Elias.

“We also talk about what the child should do, like project confidence, hangout with their friends because we know that’s protective, talk to teachers, family members or a friends parents and reach out for some help.”

When dealing with cyber bullying Elias say not to respond to any messages or posts, it’s also important not to seek revenge by becoming a cyber bully.

“Save the evidence and share it with a trusted adult or the police and to keep reporting the bullying until it stops.”

FIVE GOLDEN TIPS THAT CHILDREN NEED TO LEARN FROM THEIR PARENTS

It’s not their fault. No child deserves to be bullied, emphasise that “it’s not okay and it’s not the child’s fault.”

It’s about the bully. Bullying communicates more than likely that the bully is unhappy, “but they don’t know how to deal with their own feelings.

Keep evidence. Especially when it comes to online bullying, Elias says kids to learn to save and report the evidence of bullying.

Talk to someone. Parents need to empower their children to talk to someone when they are being bullied, so they feel supported.

Deal with stress. Being bullied is very stressful for a child so it’s important for parents to teach their kids how to deal with stress. “They want to have ways for children to let of steam in a safe and supported way.”

If parents have any concerns from a weight bullying perspective they are more than welcome to get in touch with Raising Body-Confident Kids, who run programs in schools to train parents and teachers so they can in turn help protect the children.